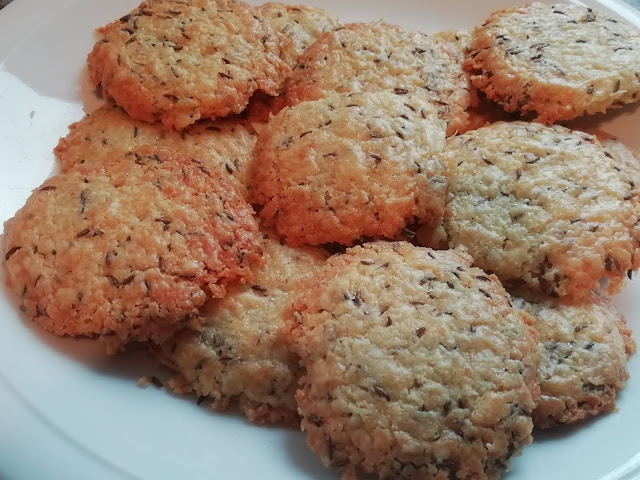 In 1946, George Orwell published an essay in the Evening Standard in which he imagined his perfect pub, called the Moon Under Water. (If you recognise the name, it is probably because a certain large hospitality chain has used it for thirteen of its outlets in the UK.) You can read the full article here, courtesy of The Orwell Foundation.
When devising his list of desirable features, Orwell stipulated its location (only two minutes from a bus stop), its decor (uncompromisingly Victorian) and its atmosphere (always quiet enough to talk).
In addition, he writes: "You cannot get dinner at the Moon Under Water, but there is always the snack counter where you can get liver-sausage sandwiches, mussels (a speciality of the house), cheese, pickles and those large biscuits with caraway seeds in them which only seem to exist in public-houses."
Zelda and Dave have had plenty of fun devising their own perfect hostelry (called the Sun Over Yardarm). Watch out for its opening as Zelda will be inviting plenty of famous guests. In the meantime, though, let's have George round here and show him that carraway biscuits are not only served in pubs.
CARRAWAY BISCUITS
This is such a simple recipe.
75g each of:
butter, cubed
plain flour
cheddar cheese, grated
plus
2tsp carraway seeds
You can mix all the ingredients together by hand but it is much easier to whizz them all in a food processor until they form a soft dough.
Roll it into a log and cover with clingfilm.

Place in the fridge for at least 30 minutes.
Grease a couple of baking trays.
When ready, remove the clingfilm from the dough and cut it into circles of about 1cm thickness.
Space them out as far as you can as they will spread. 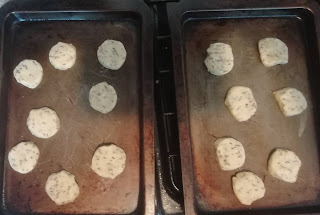 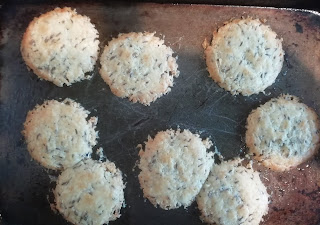 Allow to cool and serve. 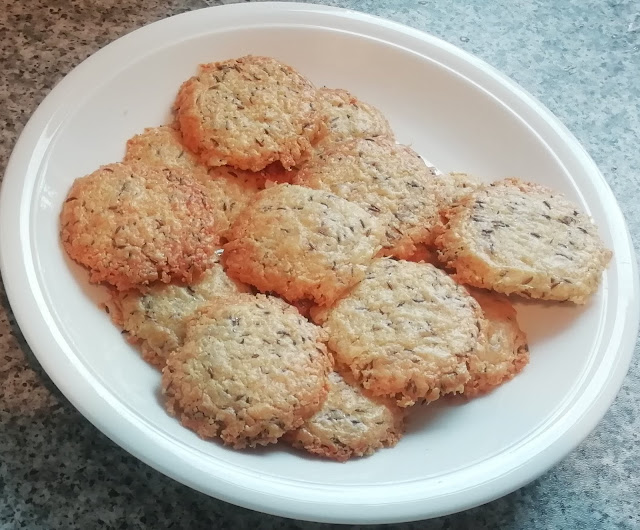