Although apparently, quiet and sensitive in real life, he could command a menacing screen presence, never more so than in the fabulous ‘Little Caesar’ one of my favourite films of all time.

The New York restaurants the wise guys frequented in the early gangster films seemed to serve nothing but Spaghetti Bolognese. So if Eddie came to dinner, I would like him to feel at home.

This is a very quick and easy recipe. I even cheat by using ketchup instead of tomato puree. It may not be for purists but I have never had any complaints when I have served it. 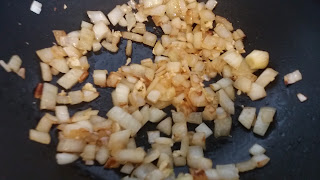 Heat oil in a large pan. Fry onion until almost soft. Then add garlic and cook for a couple more minutes until both are golden but not burnt. 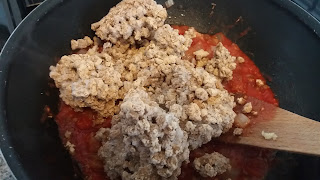 Stir in the chopped tomatoes. Then add the quorn mince, just as it is so that it sits on the top.

Put 2 tbsp tomato ketchup into the empty tomato tin and fill almost to the top with warm water from the kettle. (Don't use boiling water as you will burn your hands when you touch the tin.) 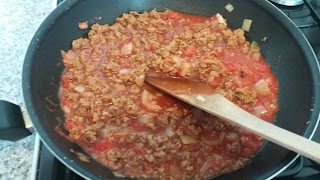 Give a quick stir and then pour over the top of the mince which will help it to defrost and break down.
Add the gravy granules and stir

Turn up the heat a bit until it all bubbles, then reduce to a simmer. 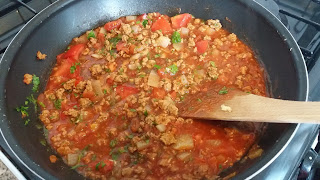 Add the herbs to the pan with the fresh tomato and season.

Allow to simmer for at least 10 minutes. I usually make this well in advance and allow it to sit for a bit to absorb the flavours. (But if I'm in a rush, 10 minutes is fine.)

When ready to serve
Cook spaghetti according to instructions, in a pan of salted boiling water.
Make sure the bolognese is piping hot.

Place spaghetti around the edge of the plate and serve the bolognese inside it.
Sprinkle with cheese or basil leaves if you wish.

Either sprinkle over some finely grated hard cheese like Parmesan (vegetarian versions are available) or roughly grate some cheddar. 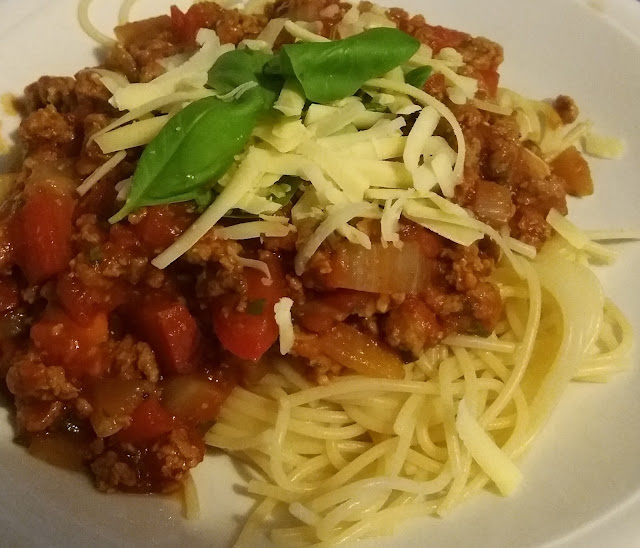