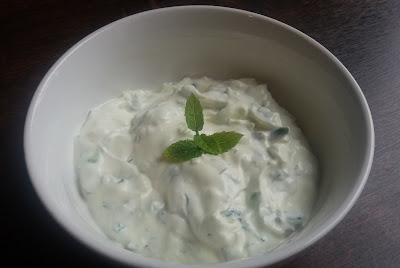 In line with my 'waste not want not' philosophy this year, I needed something to do with the multitude of cucumbers which have come to fruition all at once in the greenhouse. A friend who worked for a while as a chef in a Greek restaurant suggested this. I adjusted it a little to suit our tastes, and I have to say it was absolutely delicious.

Slice it in half and scrape out the seeds.

Grate the remaining cucumber into a tea towel. 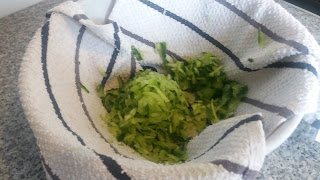 Place the tea towel over a bowl and wring out to remove the water from the cucumber. You may need to do this several times.
Crush the garlic and combine with the olive oil in a bowl. 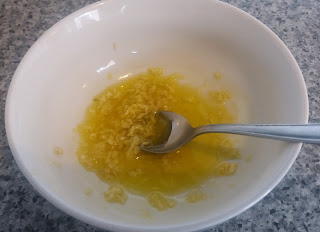 When the cucumber is as dry as possible, mix it into the oil and then combine with the yogurt. 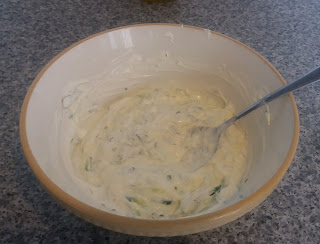 Chop the mint and stir through with a touch of lemon juice.
Can be served with lamb (although obviously not for Zelda) or as a salad accompaniment. 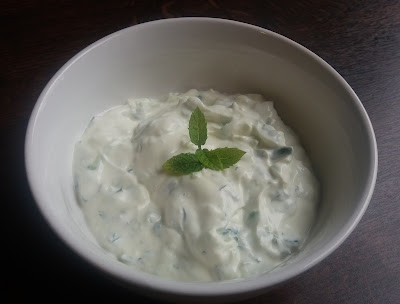